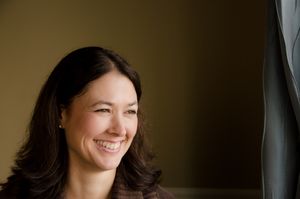 Today I finished re-memorizing Bach’s Toccata in C Minor, BWV 911. I say re-memorizing, because I memorized it 6 years ago for a house concert. And then I moved on to learn and memorize other music and I forgot the piece. Well, I didn’t forget it entirely. My fingers remembered what to do when I pulled out the score, and it came more easily to me physically than it had when I first learned it. But remembering the piece away from the score took a grand amount of effort. And I asked myself, “Why am I putting forth the effort to memorize this piece again?!”

I know Clara Schumann and Franz Liszt were at least partially responsible for starting the tradition of performing a piece from memory. Before them, it was considered an insult to the composer to play from memory, as if you were trying to “pass off” a piece as your own composition. Unfortunately for me, I was born post-Liszt/Schumann and the acceptable form of performing a solo classical piano piece in public today is to play it from memory.

So why do I groan at this now time-honored tradition? Because this toccata has 17 statements of the theme! The beginning prelude is not so hard, but the fugue contains a theme that passes between soprano, alto, tenor, and bass voices which is at times played in its entirety by one hand but at other times divides between the hands which are also playing harmonic additions and/or counter melodies. It is enough to drive one mad. And if it were socially acceptable I would be tempted to play it with the music.

It is not coincidence that at the same time I am wrestling with memorizing this piece I am reading a book by theologian J.P. Moreland called Love Your God With All Your Mind. The premise of the book is that Christians need to employ their rational, reasoning mind in the acting out of their faith, rather than just relying on feeling. Christianity is a reasonable faith with historical and scientific evidence to support it; however, we too often fall back on experiential knowledge instead of doing the hard work of study and reflection in order to “work out our faith with fear and trembling” and to share it with nonbelievers.

Using one’s mind takes work – intense, focused concentration; sometimes in silence, often requiring reflection. This is in stark contrast to our technology driven world, where we need wait for almost nothing and can obtain information at the click of a button (or upon giving a voice command to Alexa or Siri). Discipline is required for thinking. This same effort and discipline is employed in memorizing a piece of music, particularly one written by Bach. And guess what? At the end of every composition, Bach wrote “For the glory of God.” Many of his pieces were teaching pieces, meant for study by his students. And they were intended to engage the mind. Why? Ultimately, for the glory of God.

I think these concepts are connected: the idea that using our minds takes work and discipline, and that the effort of using our minds in the study (and memorization) of music brings glory to God. Anyone that has studied Bach’s work knows the genius that was behind it. The mathematical symmetry in his music is not there for its own sake but creates in the music a wonderful sound that is not only beautiful but also makes sense – like a poem that begins in one place and meanders around with connecting and contrasting ideas, only to come back in full circle to the initial idea that is restated in a completely different manner. It is beautiful, and it is beautiful precisely because it is hard and takes effort in order to understand.

So while I don’t completely understand why it is so important for me to memorize Bach, of all composers (Chopin is so much easier!), I do know there is something to the process of engaging my mind in this exercise of memory that is bringing glory to God. In some small way it is a picture of Him in His infinite wisdom and beauty and perfection. And even if I don’t recreate this masterpiece perfectly, the effort made in engaging my mind is in itself a way that I can worship and bring glory to my Creator God. Soli Deo Gloria.